Virunga National Park is a UNESCO World Heritage Site internationally recognized for its exceptional wildlife and habitats. Explore one of the most biodiverse protected areas in the world.

Virunga National Park is a UNESCO World Heritage Site located in the east of the Democratic Republic of Congo. Virunga is the continent’s most biologically diverse protected area and a national park embarking on an ambitious development programme known as the “Virunga Alliance”.

Situated in a region which has been deeply impacted by the effects of war and armed conflict for over 20 years, Virunga is currently protected by a dedicated team of 689 Rangers. These local men and women go through intensive training, risking their lives on a daily basis to safeguard the Park’s exceptional wildlife, including the last of the world’s endangered mountain gorillas.

Alongside this essential conservation work, the Park is committed to supporting local communities. Virunga has a vision for responsibly harnessing the Park’s natural resources to create new opportunities for the four million people that live within a day’s walk of its borders.

Click here to learn more about the work of the Virunga Alliance.

Biodiversity at a Glance

The Park’s 3,000 square miles (7,800 square kilometers) is comprised of four sectors – northern, central,  southern and lake sector – each with an unrivaled diversity of landscapes and ecosystems.

Situated in the center of the Albertine Rift, between Uganda and Rwanda, Virunga’s 7,800 square kilometers (3,000 square miles) stretches from the Virunga Massif in the south, to the Rwenzori Mountains in the north.

The central sector is based around Lake Edward, the Ishasha river valley and the Rwindi plains.
Virunga’s southern sector is best known for its montane tropical forests, active volcanoes, and the mountain gorillas that live on the flanks of the dormant Mikeno volcano.

.
The History of Virunga National Park

Virunga National Park was founded in 1925 as Albert National Park. It was the first national park to be established on the continent of Africa, primarily to protect the mountain gorillas living in the forests of the Virunga Massif.

When it was first established, Virunga National Park was limited to three volcanoes in the south, but was later expanded northward to include the Rwindi plains, Lake Edward and the Rwenzori “Mountains of the Moon”.

In 1969, following the country’s independence from Belgium in 1960, the Park was renamed Virunga National Park. Ten years later in 1979, Virunga was designated as a UNESCO World Heritage Site.

Over the past 20 years, Virunga has seen many periods of conflict, often beginning in or around the Park. Eastern Congo is one of the most economically disadvantaged places on earth, and competition for the Park’s rich natural resources has always been fierce.

In 2008, the Congolese National Parks Authority, (Institut Congolais pour la Conservation de la Nature, ICCN), and the Virunga Foundation (then known as the Africa Conservation Foundation), entered into a partnership to manage the Park.

This partnership initiated a comprehensive reform program and planted the seed for what would become the Virunga Alliance – an innovative development programme to address the root causes of poverty and conflict, with the aim of eradicating illegal and destructive resource extraction in the region.

Learn more about the history of Virunga National Park by exploring the timeline below.

The ICCN (Institut Congolais pour la Conservation de la Nature) is the branch of the Congolese government tasked with the protection and conservation of protected areas in the DRC. Virunga National Park is one of the five UNESCO protected areas that fall under the jurisdiction of the ICCN.

The Virunga Foundation is a UK-based charity founded in 2005, created to support the protection of the flora and fauna of the Park, and to generate benefits for the local communities that live around the national park. The Foundation holds the management contract for the Park, which requires it to restore and manage the national park with ICCN.

The world’s entire population of critically endangered mountain gorillas live only in the Virunga Massif and Bwindi National Park, which spans parts of Democratic Republic of the Congo, Uganda, and Rwanda. Virunga National Park is home to around a third of those gorillas, which reside in the dense forests on the lush slopes of the Virunga volcanoes.

The world population of mountain gorillas is currently estimated to be at around 1000 individuals. In Virunga’s southern sector around Bukima, there are currently ten habituated gorilla families and four solitary males which are also habituated, meaning that they are unafraid of human presence.

The habituation process is done by researchers and rangers who visit the gorillas on a daily basis for between two and three years until the gorillas are comfortable having people near them. Habituation is a critical component of gorilla conservation, as it allows for detailed research to be undertaken on the species. This helps to increase understanding of mountain gorilla behaviour, as well as allowing veterinary teams to intervene if gorillas are injured or showing signs of ill health. There is a bond that ties us together. A relationship that is very, very close between the guardians and the gorillas. 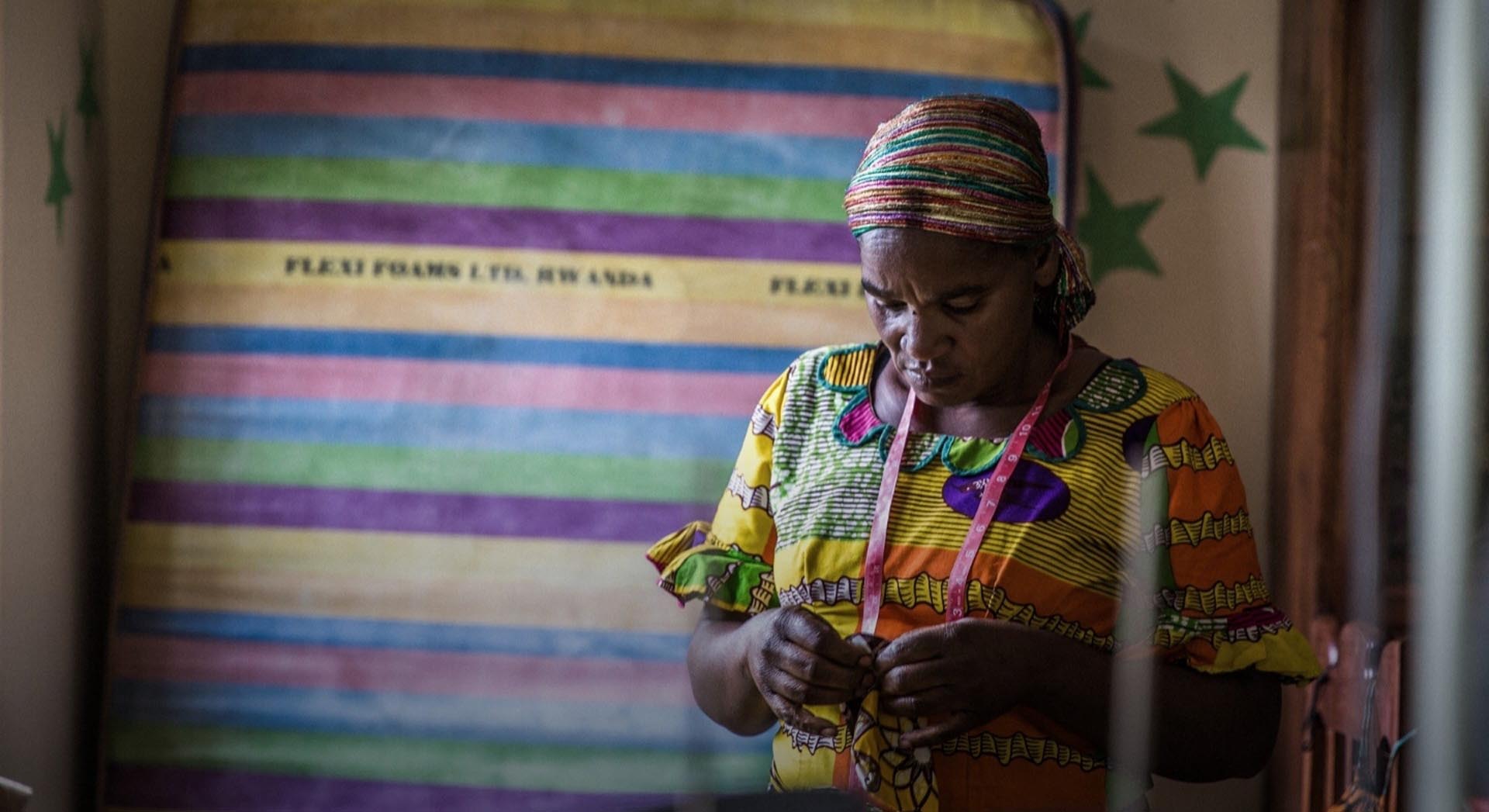 The world's only facility caring for mountain gorilla orphans