It is with heartfelt sadness that Virunga announces the death of beloved orphaned mountain gorilla, Ndakasi, who had been under the care of the Park’s Senkwekwe Center for more than a decade. On the evening of 26 September, following a prolonged illness in which her condition rapidly deteriorated, Ndakasi took her final breath in the loving arms of her caretaker and lifelong friend, Andre Bauma.

Born to the Kabirizi group in April 2007, Ndakasi was only two months old when Virunga rangers found her clinging to the lifeless body of her mother, gunned down by armed militia hours earlier. With no other family members present, rangers quickly recuperated the infant gorilla and transferred her to a rescue center in Goma, where she was first introduced to Andre. All night long, Andre held the baby close to him, keeping her tiny body tightly against his bare chest for warmth and comfort. She survived; however, the trauma of losing her family coupled with a long period of rehabilitation meant that Ndakasi was too vulnerable to return to the wild. Along with fellow orphaned gorilla Ndeze, Ndakasi was transferred to the Senkwekwe Center after its creation in 2009, where she went on to live a peaceful life with her caretakers and other orphaned mountain gorillas for over 11 years.

Ndakasi’s life was well documented and her heartwarming personality was featured in several shows and films, including the documentary Virunga, where she can be seen consumed in laughter while being tickled by a caretaker. She also rose to internet fame in 2019, when a “selfie” of her went viral on Earth Day. The photo features Ndakasi and her partner-in-crime, Ndeze, both standing relaxed on two feet, bellies out with cheeky grins. Their playful nature was a reminder to the world of how much we see ourselves in these animals and it’s one of the reasons Andre Bauma will miss her so dearly. “It was a privilege to support and care for such a loving creature, especially knowing the trauma Ndakasi suffered at a very young age. One could say that she took after her mother, Nyiransekuye, whose name means “someone happy to welcome others.” It was Ndakasi’s sweet nature and intelligence that helped me to understand the connection between humans and Great Apes and why we should do everything in our power to protect them. I am proud to have called Ndakasi my friend. I loved her like a child and her cheerful personality brought a smile to my face every time I interacted with her. She will be missed by all of us at Virunga but we are forever grateful for the richness Ndakasi brought to our lives during her time at Senkwekwe.”

Ndakasi embodied the spirit of Virunga and her story of survival is interwoven with that of the Park’s. The massacres of her family and other gorillas in 2007 led Congolese authorities to undertake extensive institutional and security reform within the Park. This significantly strengthened the protection of Virunga’s mountain gorillas and enabled the conditions that have contributed to the on-going recovery of the species today. Ndakasi was born at a time when the global population of mountain gorillas was fragile and critically endangered. Over the course of her life, however, the species has grown by 47%–from 720 individuals in 2007 to an estimated 1,063 in 2021. 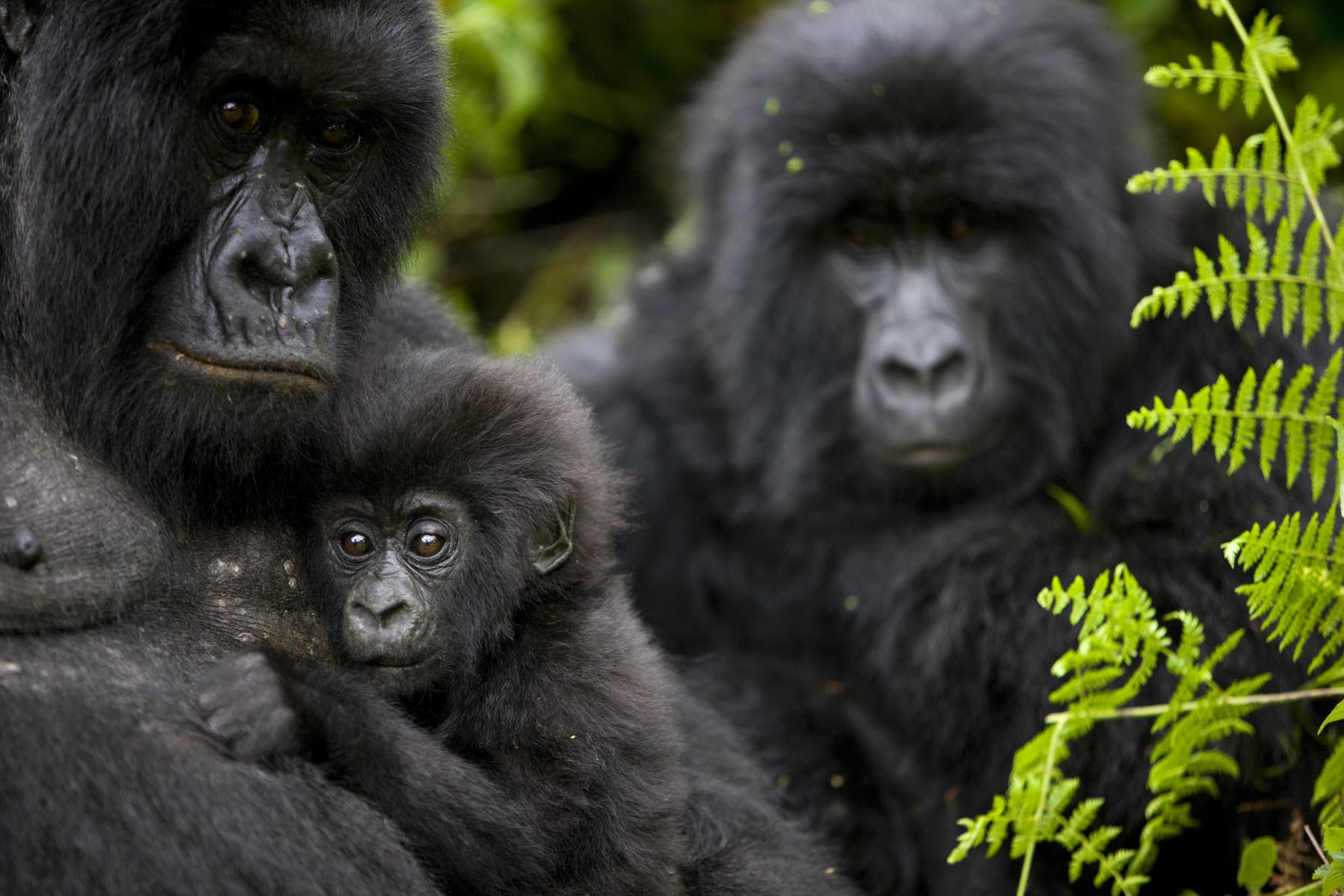 Located at Park HQ in Rumanagbo, the Senkwekwe Center is the only facility in the world that cares for orphaned mountain gorillas. The death of Ndakasi underscores the importance of protecting gorillas in their natural habitat, where they thrive and where their life expectancy is greatest. It is for this reason that the Park focuses heavily on mitigating against the type of tragic events that led to Ndakasi’s admission into the Senkwekwe family all those years ago.